John Wooden was a great man and a great coach. He won, as men’s basketball coach at UCLA, 10 national titles in 12 years. Yet, developing young men was more of his focus. This blog post points to some things we can learn from ‘The Wizard of Westwood’ and some pictures.

Wooden’s Pyramid of Success is something I had/used as a young coach in the 1980’s. 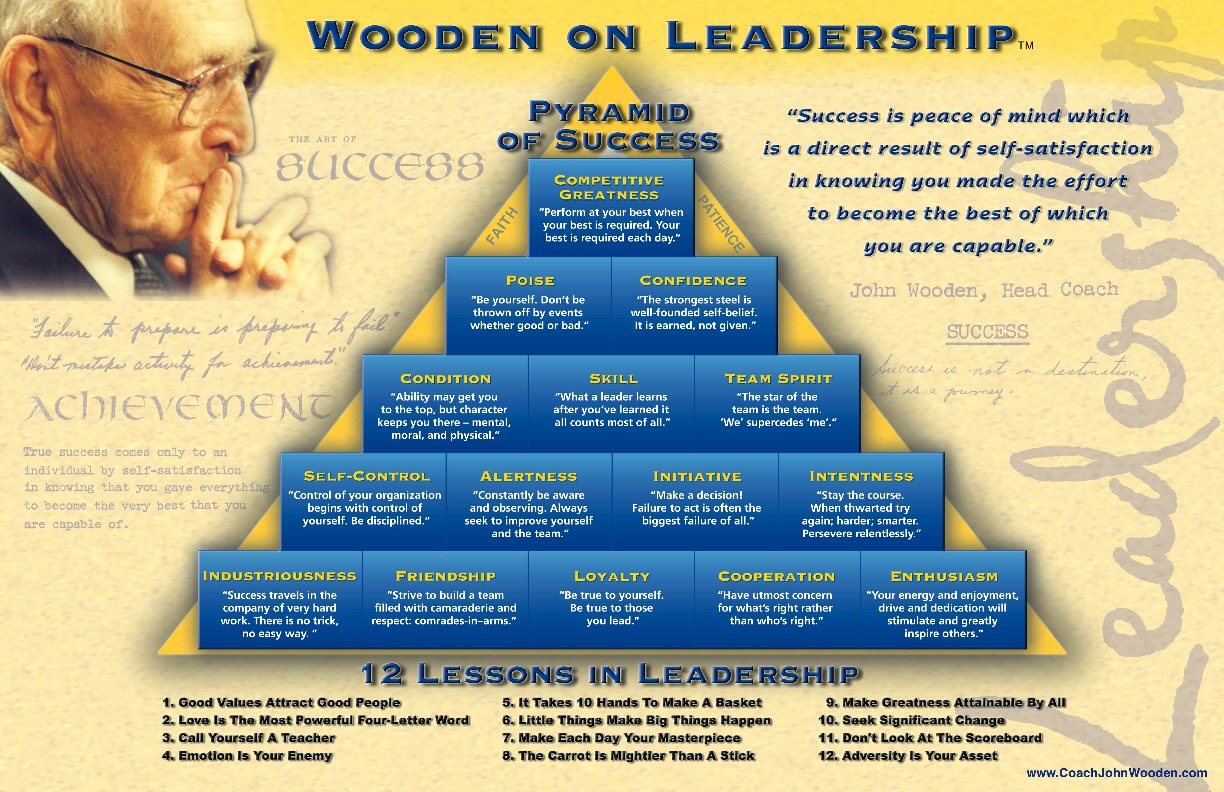 Jabbar (of course) went on to win multiple NBA titles.  He has become an influential and positive force/advocate in our society since. He can be found on Twitter.

Google will take you to many more resources and informationa about John Wooden and Kareem Abdul-Jabbar.