8 Spokes of the Individual Helm & 8 Factors of Engagement 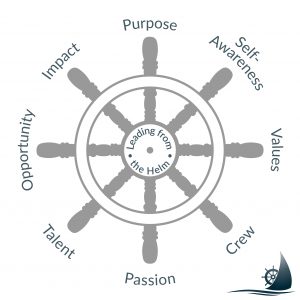 There are eight spokes of the individual helm, each contributing to your individual path through life and aligning with the organizational helm to produce synergy within the groups you are a part of. Grab the Helm takes you through each spoke in its own chapter, with a reflection activity for each. Here is a brief overview:

All of the spokes are important, but we found in our research that purpose is critical to being fully engaged in your work (in fact, it’s one of the 8 Factors of Engagement). 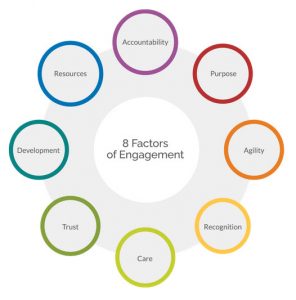 Mob attacks the US Capitol

Reading the newspaper this morning (Fri., Jan. 8, 2021) is amazing. An angry mob of Trump supporters attacked and entered the US Capitol in Washington, DC on Wednesday, Jan. 6. A woman was shot and killed inside the US Capitol. It is amazing, and very sad, that this happened.  A need to make a few comments/reflections.

The newspaper articles describing the experiences of 2 Illinois politicians who were in the capitol during the siege are amazing.  I have to say first that it is incredible that the chaos (broken windows, shooting, riot, etc.) occurred in the afternoon (and the congress members, who were in session, got to safety) and that congress reconvened later.  At 2:30 am (Central time, Thursday) the House and Senate affirmed President-elect Joe Biden’s Electoral College victory.

Max Lucado had a nice video of assurance: “Is the chaos just too much?”

Interesting (and long) video interview, titled DarkHorse Podcast w/ Jeremy Lee Quinn & Bret Weinstein: The Capitol Insurrection, A View from Inside, reported on both sides.  Here are some good quotes by the host:

“We are fiercely divided, so that we will not be fiercely united.”

If you have a legal culture of corruption [of the government], it will create massive unrest and distrust, and the fact that that unrest and distrust is divided into factions that are pointed at each other, rather than there being a broad recognition that Americans have a right to be angry at what has become of their governmental structure. Neither blue or red is the solution. Blue and red are the problem.”  How we, as Americans, address a difficult puzzle.

39:27 reflecting on experiences of meeting many, varied people and has discovering they are not what was expected (and shared much common ground), and that a few are reporting more than one side of the story. “This is the greatest threat to the narrative engine that wants everybody to stick to one version of the events that tells them exactly who their enemy is and what danger that enemy poses, and then turns off their processes of reason so that that’s not even true.” But this is a good thing (to disagree with this narrative). 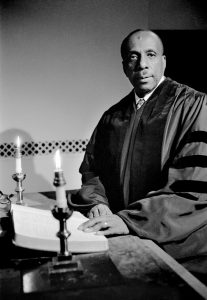 Dr. Thurman was raised by his grandmother, who was formerly enslaved. She gave him ‘the contagion of Christianity’ and backing, and set him on a path of influence from coast to coast and around the world.

Howard Thurman was a visionary.  His theological beliefs of radical nonviolence influenced and shaped a generation of civil rights activists, and he was a key mentor to leaders within the civil rights movement, including Martin Luther King Jr.  See YouTube video below.

Much of what Howard Thurman taught, we still need to learn and implement today.

Dr. Thurman’s “philosophy of self-exploration and community building through meaningful and creative shared experiences” continues at the Howard Thurman Center for Common Ground at Boston University.

Upon the Deaths of JFK and MLK

Being born in 1899 and dying in 1981 he both predated and out-lived President John F. Kennedy (assassinated November 22, 1963) and Dr. Martin Luther King, Jr. (assassinated April 4, 1968). Upon their deaths, Howard Thurman had insightful words on these leaders of the 1960’s, sharing both sadness and words of hope. Words that are good for us to hear today.

Much more can be said about this man, including the universities where he served, that he was valedictorian (1923) of Morehouse College, that he went to India and met Mahatma Gandhi, and that he once was a visiting lecturer at the University of Ibandan, in Nigeria.

I’m looking forward to the Community Gathering tomorrow (11/7) at 10-11 am at Veteran’s Park, in Macomb. In these crazy times, this is a time for us to gather together as a community and pray for our elected leaders and pastors.

Here is the map (google doc) of how we will set up the chairs. 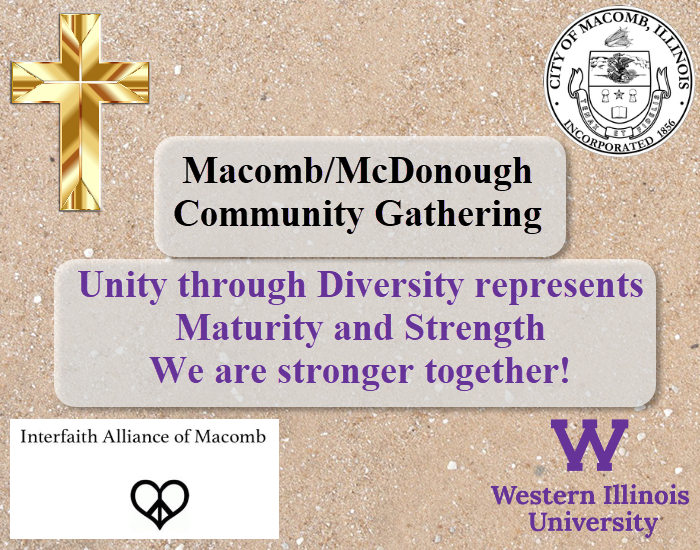 Somehow we need to learn respect and honor

Martin Luther King, Jr. said, “We must learn to live together as brothers or perish together as fools.“
~Mahatma Gandhi said, “Our ability to reach unity in diversity will be the beauty and the test of our civilization.”
Then something happened on the way to diversity. Division is ruining us. Somehow we need to learn respect and honor. 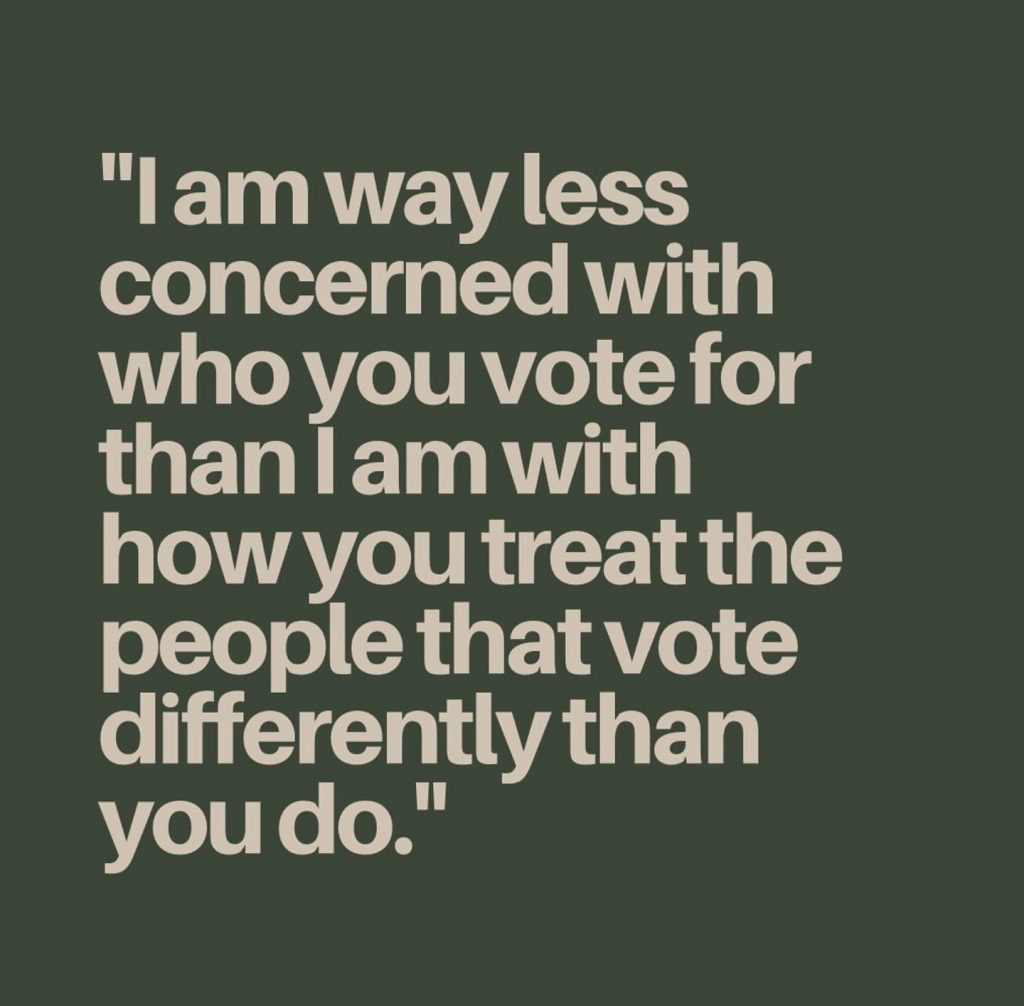 A couple notes on the pursuit of God by A. W. Tozer

Chapter 3 is a barnburner.

Chapter 4 discusses that faith is a reckoning not just a spiritual feeling.

Be present at our table, Lord

Be present at our table, Lord;
Be here and everywhere adored;
Thy creatures bless and grant that we
May feast in paradise with thee.

Fortitude: American Resilience in the Era of Outrage

from book Fortitude: American Resilience in the Era of Outrage. https://thinkr.org/books/fortitude-american-resilience-in-the-era-of-outrage 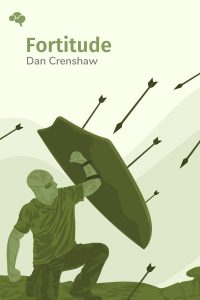