The USS Missouri, was the last battleship commissioned by the United States. It was decommissioned in 1992 and now serves as a Memorial Ship, docked at Ford Island, Pearl Harbor, HI. 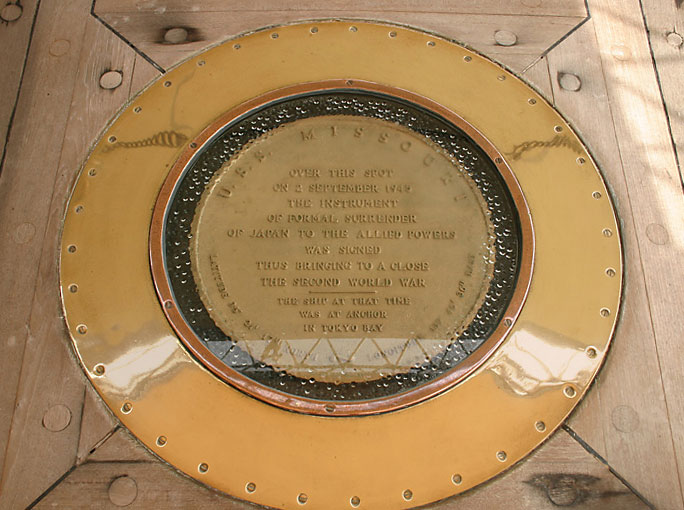 The spot on the deck where the surrender papers were signed by the representatives of Japan to end WW II in the Pacific. 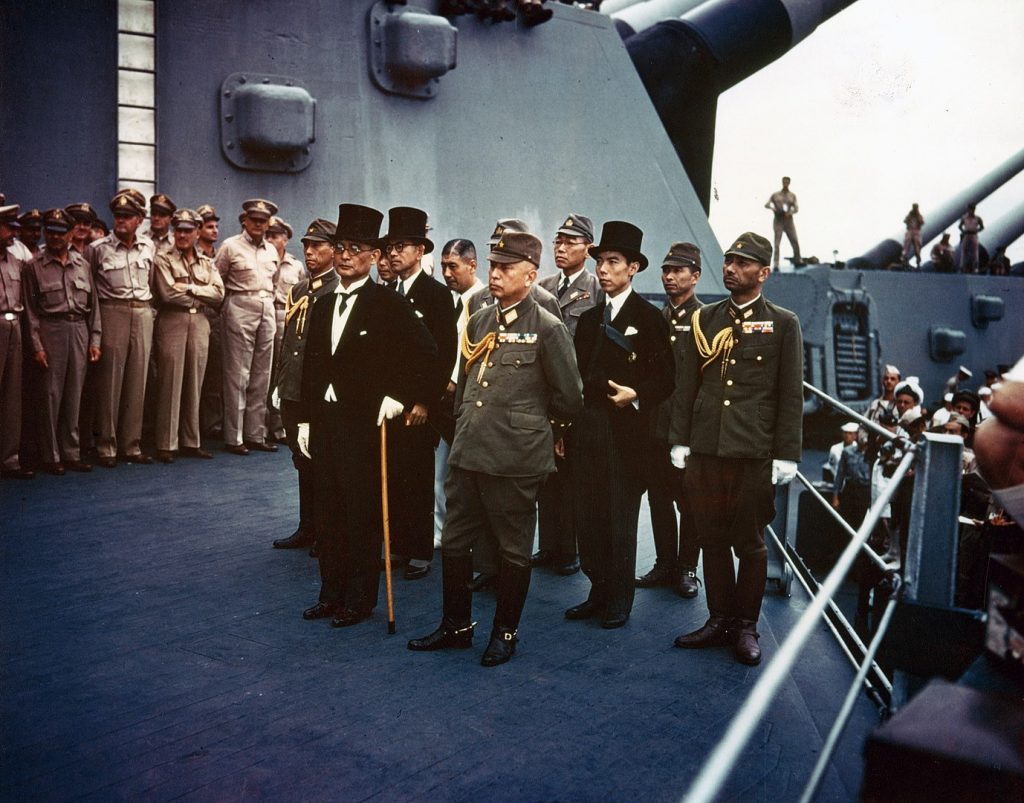 Japanese representatives on board USS Missouri (BB-63) during the surrender ceremonies, 2 September 1945. Standing in front are: Foreign Minister Mamoru Shigemitsu (wearing top hat) and General Yoshijiro Umezu, Chief of the Army General Staff. Behind them are three representatives each of the Foreign Ministry, the Army and the Navy. They include, in middle row, left to right: Major General Yatsuji Nagai, Army; Katsuo Okazaki, Foreign Ministry; Rear Admiral Tadatoshi Tomioka, Navy; Toshikazu Kase, Foreign Ministry, and Lieutenant General Suichi Miyakazi, Army. In the the back row, left to right (not all are visible): Rear Admiral Ichiro Yokoyama, Navy; Saburo Ota, Foreign Ministry; Captain Katsuo Shiba, Navy, and Colonel Kaziyi Sugita, Army. (Identities those in second and third rows are from an annotated photograph in Naval History and Heritage Command files.) Photograph from the Army Signal Corps Collection in the U.S. National Archives. 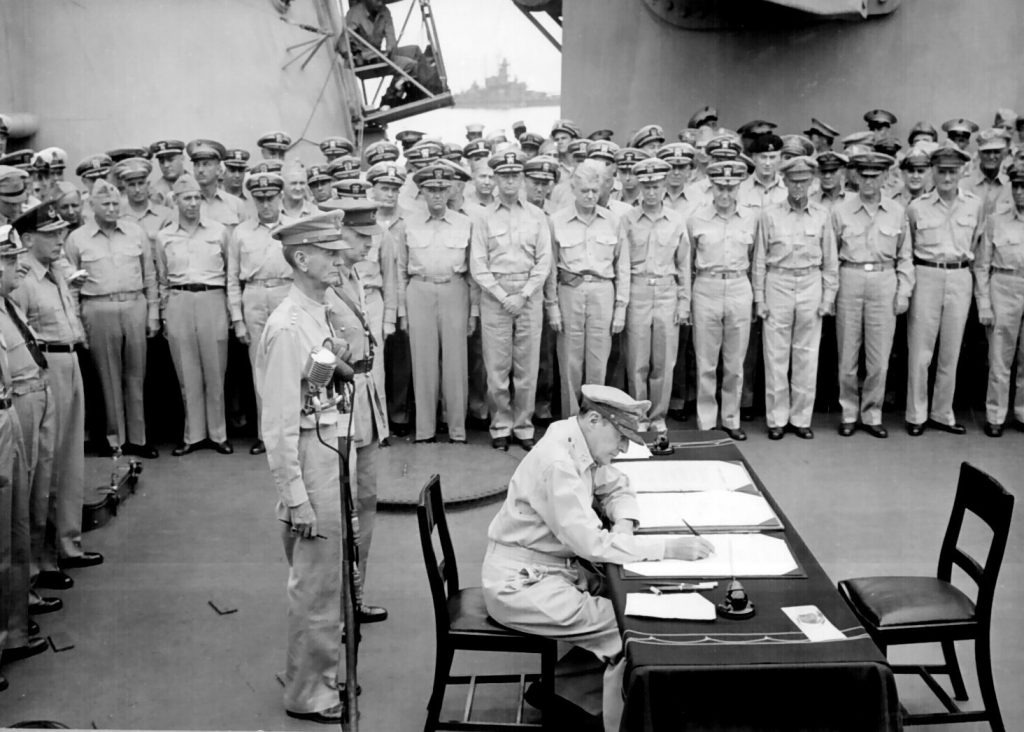 Tomahawk missile fired from the USS Missouri in the Gulf War, 1991. 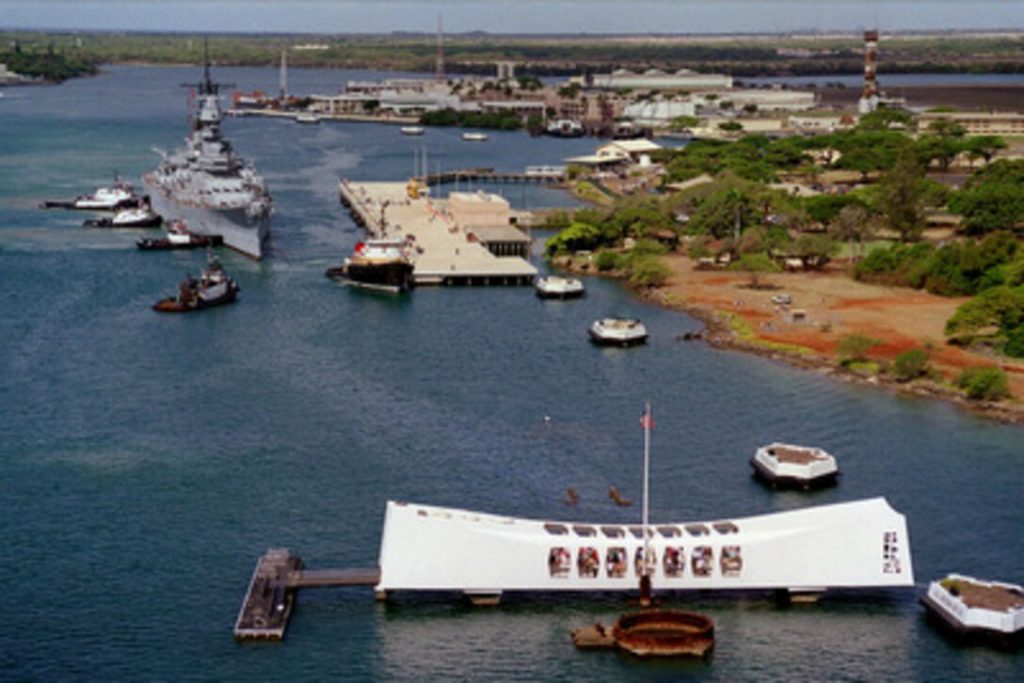 The Might Mo bring brought to her final resting place in Pearl Harbor. She sits bow-to-bow with the sunken USS Arizona. 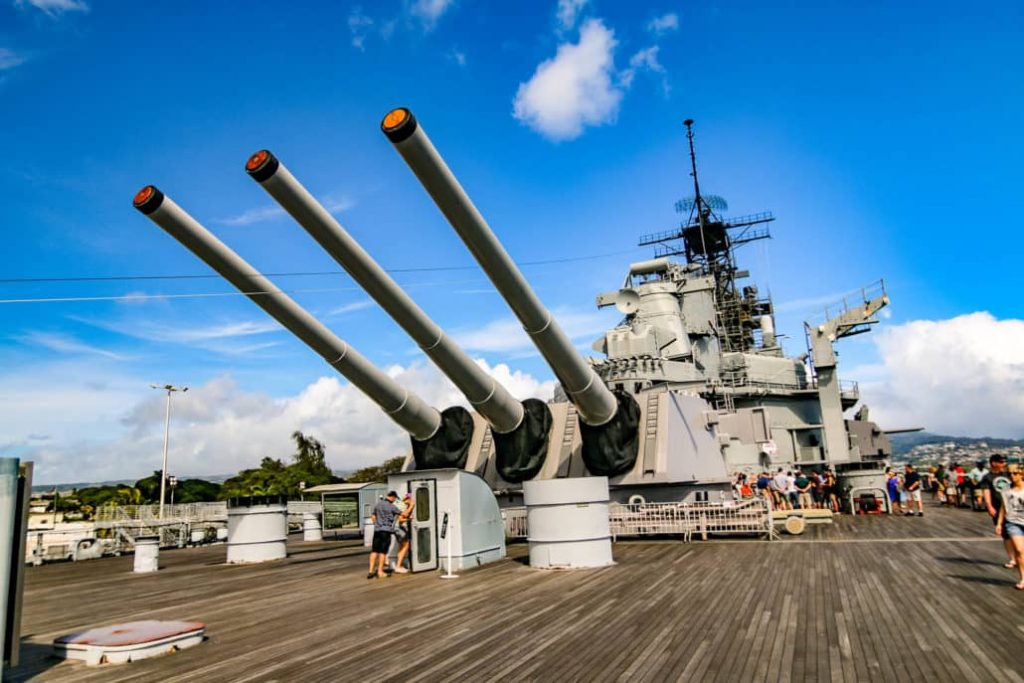 Tourists now visit, walk the decks, and explore the Might Mo. 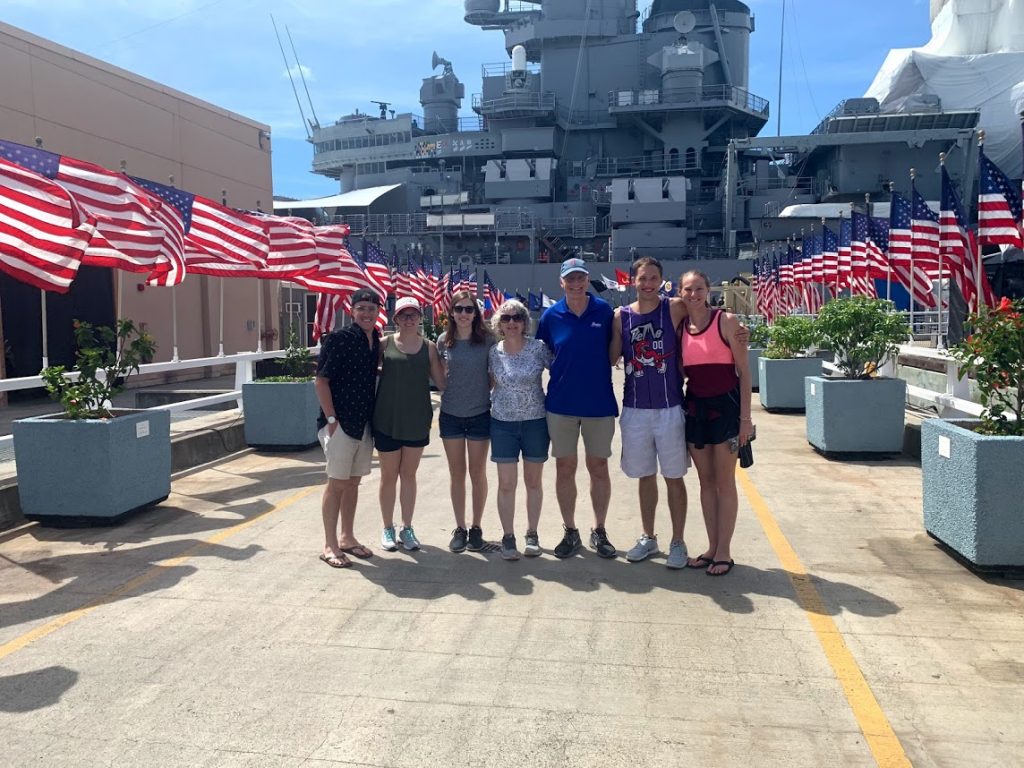 The Olsen family visits the USS Missouri Memorial ship in 2019.