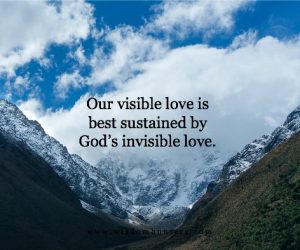 Matthew 7:12 (ESV) 12 “So whatever you wish that others would do to you, do also to them, for this is the Law and the Prophets.

[Disclaimer: This is slightly off topic, because Immanuel Kant  (in the top 5 philosophers of all time) was not a Christian. He did have a strong moral sense, and his categorical imperative is central to his philosophy.]

Act (do unto others) only according to that maxim whereby you can, at the same time, will that it should become a universal law.

“Treat others the way they want to be treated.”

Site by Tony Alessandra (has book)

By Boyd Bailey from http://www.wisdomhunters.com/what-are-you-doing-for-others/

The Golden Rule is empowered by the Platinum Rule: to see others as God sees them, to serve others as Jesus would serve them and to love others as the Lord loves them.  [my emphasis] Our love alone is inferior—it only takes us so far, but when our love is infused by the Holy Spirit it is superior in its ability to go the second, third and fourth mile for the sake of others. Our visible love is sustained by God’s invisible love.